In Praise of Milk

This post is in honor of my old 4-H days promoting dairy all June long. As an adult, I do fine when it comes to eating cheese and ice cream (probably too much ice cream). However, milk and I had a falling out. If I was up and moving around, I was OK, but sitting all day at my desk job, milk would start to quarrel with my digestive system. It also tended to spoil in my fridge before I drank it. So I opted for what my Uncle once called “the evil of the almond” instead of real milk. Recently, I’ve found some other options for people who have digestive issues with milk. I don’t buy them often, but when I do, it’s a treat. Real milk is so rich and sweet in comparison to almond milk. While I was shooting this photo, my furry little assistant became determined to get at the milk. I had to give her a bit of whipped cream to get her out of the way. She knows a good thing when she smells it, even if she’s not supposed to drink it. I spilled a few drops, and she promptly cleaned them up for me. As dairy month draws to a close, enjoy a glass of the good stuff. Just watch out if you live with a cat.

If I can blog twice in one week, I’ll post the fireworks I shot last year.

A Fine May Day

Time-wise, at this point I’m just going to say I’ll do two posts this month to catch up. Anyway, to the blog.

May first was the first day local forest preserves in my area were officially open (COVID-19). Earlier in the year, you could park outside and walk in. Dad had been itching to go out for some time, I wanted to do wildflower macro, and Mom was worried Dad would be mauled by coyotes. With parks officially open, Dad and I decided to meet at a forest preserve we’d never been to, but many members of the photo club recommended. Mom was OK with this. Upon arriving, Dad did not see anything that interested him. We did see several people. No coyotes. We agreed to reconvene later at Dad’s favorite spot across town. I stayed and got in my annual spring macro wildflower shoot. Different species this time, but still a nice day. 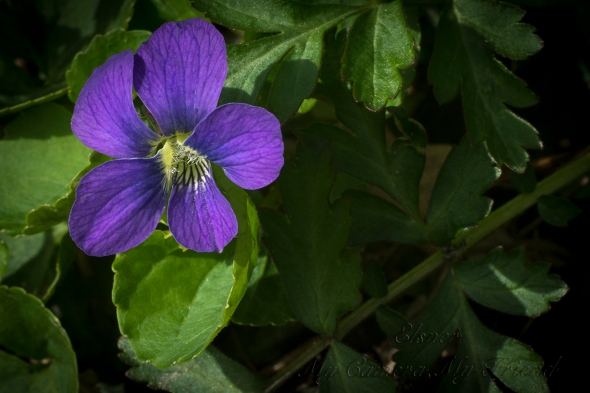 Later in the day, Dad and I met at his favorite forest preserve. The scene he was watching wasn’t right for the shot he was trying to get. I had walked down the road to and from his point of interest instead of driving because I wanted the exorcise. I found an interesting stump on the side of road. Dad was curious about what I was photographing. He decided he wanted to photograph it too. Waiting for him to get his gear set up, I decided to take a few more shots and see if I could get something I liked better. This was the result. I haven’t seen his yet.

It’s June. It’s Dairy Month. As a former 4-H kid, it is my duty to make milk look good to you this month.