The Cameras That Were

I love collecting old cameras. Amateur format film cameras from the past ten to fifty years are cool to use for decorations and to study the development of amateur photography, not to mention the fact that they’re pretty cheep. Most of these cameras were made by Kodak, a company that wanted to make photography available to everyone. As the famous Kodak slogan goes “You push the button, we do the rest.”

In 1963, Kodak introduced the Instamatic 100. This camera was the first Instamatic, which means it was the first camera with a film cartridge that you could simply pop in and be ready to shoot. Simple to use and popular. A small reflector box pops out on the top of the camera with a slot for the user to insert Christmas tree light sized flashbulbs. 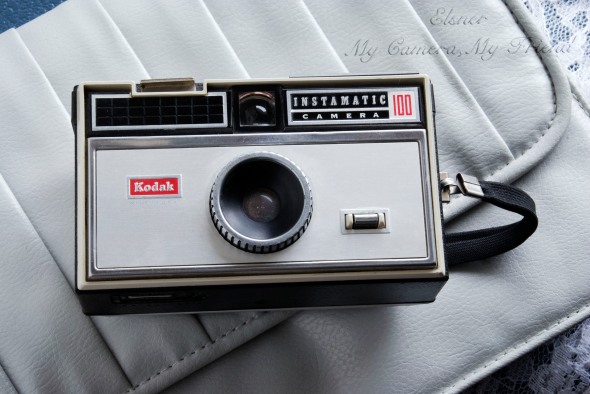 In the late ’60s and early ’70s, Kodak upgraded the Instamatic 100 to the Instamatic 104 and it’s close cousin, the R4. These later cameras sported a snappy new flash cube that had four small flash bulbs in it. After each bulb was fired, the cube would spin and a fresh bulb would come to the front. After all four bulbs were used, the cube would fly off.  (Sounds like fun.) 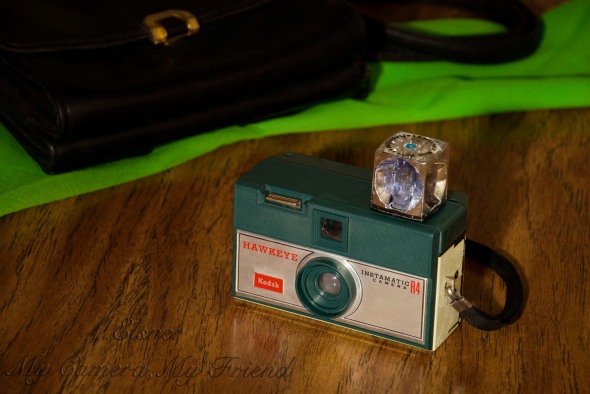 Heading into the 1980s, Kodak began to realize that digital photography was on the frontier. So they invented the disk camera to get people used to the idea that someday their pictures would be on a disk. (Or so an old photofinisher told me.) However, the negative size was small and the image quality of the disk camera stank. This particular model is the Tele-Disk, which has both a normal and a telephoto lens. You change which lens you use by pressing on the flash. (Finally, electronic flash!) 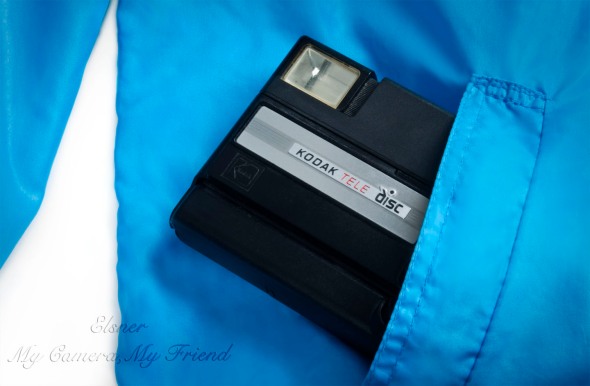 I happened to be lucky enough to find a disk camera with the film still inside. While taking these pictures, I was overcome with curiosity and opened it up for the first time. As you can see, the film cartridge looks like a small floppy disk. 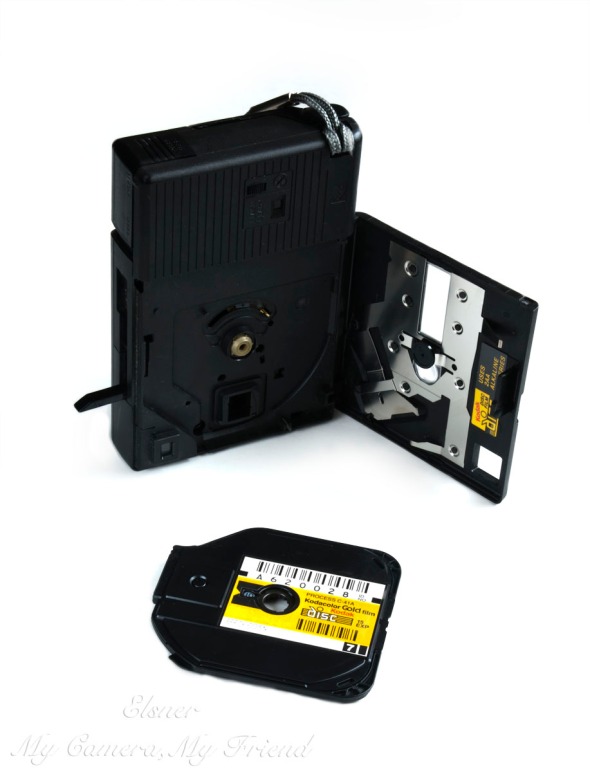 As far as I know, you can’t buy film for any of these cameras anymore. They’re reminders of history and wonderful curiosities for lovers of all things photographic.

Next Week: More Cameras or Seasonal

I’m debating the idea of doing another seasonal sort of blog post. Another documentation of progress towards my favorite season. If I decide not to, I’ll probably photograph more cameras, possibly my first one.